I still maintain that there is more power in Pinterest for reaching new consumers than facebook.  I love the idea of branding your popular images with your own identity (as long as it doesn’t infringe copyright of course!) I have a few blog photos that have gone wild over the past year and branding them has really made a difference in my SEO ranking.  It’s never too late to take your top PINS and make them work harder for you.

I could not help but feel a bit ‘irked’ when I received an unsolicited email from a company selling Pinterest ‘Likes’ and ‘Repins’.  I use the term ‘company’ loosely as I can’t help but think the latest trend in purchasing social media ‘fans’ is driven by a bunch of entrepreneurial teenagers looking to make a quick buck.  But the more I think of it, the more I wonder if the industry and savvy marketeers are fueling the fire instead.

As the old saying goes, don’t believe everything you read. Unfortunately, you can’t believe everything you like either.  Yes folks, if you have not heard of this before, you can hire a third party (not associated with Facebook or Pinterest) to ‘Like’ and/or ‘Repin’ your brand from thousands of fake profiles. Being popular just got that much easier. 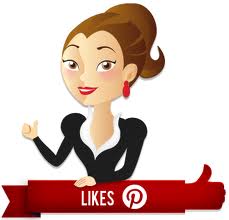 Some may argue that the ability to purchase Facebook or Pinterest  “Likes” is a cleaver and effective tool in one’s overall marketing strategy.  It’s commonly referred to as Social Proofing; the idea that people will support brands if they see other people supporting them.

I may look twice when I see that a million Facebook users “Like” Vaseline.  But Seriously?  Now I am not suggesting that Vaseline does not have a legitimate following on Facebook – we all want to have nice skin right? What bothers me is that these purchasing programmes affect all our ability to market effectively and to trust the results. It puts a lot of undo pressure on brands to compete with what is, in essence, a false reality of sorts.

So much emphasis is placed on the number of “Likes” a brand and/or its competitor has, most are missing out on legitimate and effective social media solutions that work. Marketers begin to feel increased pressure from management and key stakeholders as the ‘Like’ tally is accessible 24/7 and lower than expected rates are judged quickly and unfairly.  For some, it’s easier and cheaper to spend a few bucks and buy “Likes”, than defend or adjust a marketing strategy.

A larger implication of purchasing ‘Likes’ is the ability of marketers to maintain a sense of responsibility and integrity. One could argue that enhancing one’s social media ‘like-ability’ by boosting the initial numbers is totally acceptable and even expected.  We do this in other aspects of marketing and PR all the time  – I mean, who wants to go to an empty restaurant or party.  Fill the room with people,  make it look fun and customers will line up for blocks just to be apart of the action.  Cool, I get it.

But what about the “Likes” that are obtained unethically.  It’s one thing to hire event staff to pad out a party,  but it’s another to kidnap a family of four and tie them to a table in a restaurant window.  The same thing pretty much happens in the world of “Likes” as well.

Have you ever noticed that you “Liked” something on Facebook that you don’t remember actually “Liking”?  It’s considered social media high jacking when a third party accesses your personal page and “Likes” on your behalf.  Unfortunately, it happens all the time.  I wouldn’t appreciate a stranger breaking into my home and using my telephone to harass my friends and family, so why would my Facebook or Pinterest account be any different.

This is a fast track to disaster, especially when users realize their personal space has been violated.  So the backlash against the brand begins. The cost of that “Like” has just resulted in umpteen times more in damage and image control.  And if worrying about how the “Likes” are being acquired is not enough, then there’s the trust and confidence when looking at of the results of any given social media initiative.  It makes you wonder if you can really trust the numbers.

Brands are spending thousands if not millions on social media marketing and expecting a return on their investment.  Especially when it comes to brand awareness, how does one measure the success of a campaign and feel confident in the results knowing these purchasing programmes exist. Moreover, it raises another question as to how many Facebook and Pinterest profiles are actually legitimate and who is really driving this virtual popularity contest.

Add to the mix the wild and wacky world of internet bots (or as they are commonly known – web robots), and it gets even more unnerving.  These automated software programmes have long been suspected of skewing Pay Per Click response rates.

I cringe to think of how this recent mindset around purchasing “Likes”  is harming brands and social media alike.  Not to mention the millions of users who either believe or buy into what they are seeing.  The introduction of Social Media has been a wonderful tool for brands to promote and share information in a personal and meaningful way.

I believe it is up to us, the responsible marketer, to ensure we all adhere to a code of conduct that supports the positive growth of social media.   As in life, it’s better to have a small group of legitimate friends who are loyal and supportive, than a thousand acquaintances who would pass you on the street without giving a second glance.  The same applies to Social Media.

Let us know what you think on purchasing ‘Likes’ and ‘Repins’.

To engage in the debate, use the following hash tag #likesdebate