BBC News – US-EU trade deal: How it affects you

BBC News – US-EU trade deal: How it affects you.

The latest and greatest of North American food and drink gossip!

Highlights from this week’s edition:

Click on the link below for the full edition! 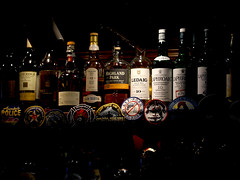 FDA Registration Reminder for Exporters to US – Scotland Food and Drink

Important information for any UK food and beverage company currently doing business in the US.

FDA Registration Reminder for Exporters to US – Scotland Food and Drink.

Explore the latest and greatest in food and drink news from North America.  This week’s issues contains some great information including:

If you have a question or comment, or require any additional information regarding any of the articles posted here, feel free to leave a comment!

How Canadian wineries are bottling success in Asia – The Globe and Mail.